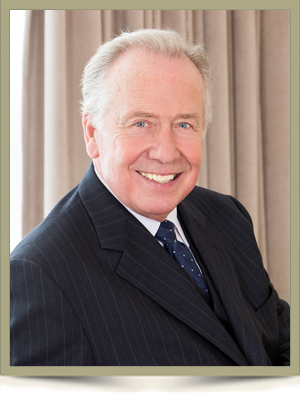 Dad so gently passed away at Mackenzie Health, Richmond Hill, on Sunday, January 2, 2022, at the age of 80 years.  Paul is survived by his wife of 57 years, Lynne Egan.   Devoted and proud father of John (deceased 1965), Heather, Elaine and Kim.  Dedicated grandfather of Siobhan, Kurtis, Cameron, Madeline and Harrison. Cherished brother of Lois and Tom (deceased) Heppell, Dwight (deceased) and Joanne Egan, Deborah and Hal Brook. Predeceased by his parents Bill and Frances Egan.

Paul cherished his time at Albert College in Belleville for his high school years.  There, he was captain of both the football team, the swim team and developed a love of studying and team sports.   He loved sharing many memories of his fun and sneaky times at Albert College.  After graduating from Albert College, Paul was so dedicated to becoming a funeral director he even turned down the CFL when they tried to recruit him.  His most cherished friendship from his Albert College days was with his roommate, David Smith.  This friendship lead Paul and Lynne to travel many parts of the world to visit Dave.

Paul Egan devoted his life to serving his community by following in the footsteps of his father and grandfather. He was committed to bringing comfort to those suffering a loss whether they occurred day or night, weekends or holidays. He took great pride in our family business and inspired everyone to put service above self; whether he was vacuuming the carpets, helping to park cars or arranging flowers so they would be just right, he would do anything to help those who were suffering in their darkest days.   He was a pillar and cornerstone of knowledge.  Paul would make time to speak to anyone who needed him and his calm, quiet approach to any problem – in this, he would help to solve it quickly. He treated everyone who passed through the Funeral Home doors like they were his own family and served each and every person with the utmost respect, kindness and attention to detail.  He spoke very rarely of his own difficulties, always inquiring how everyone else was doing. Even facing declining health did not deter him from inquiring about each and every family under the care of the funeral home and asking how he could contribute. His absence will leave a mark on the hearts of his countless friends, colleagues as well as the Egan Funeral Home team whom he always included as family.

He relished the simple things in life; coffee with friends, a good joke, a delicious dinner at Wishbone Restaurant and watching a Sunday night football game.  Paul was so selfless, no matter what he was doing in his personal life, if a family in need required his assistance, he would quietly put on his suit and help the family in need. On his beloved yearly trips to Cape Cod, he would end each day by calling the funeral home, asking for the phone numbers of families we were serving, in order to personally offer his sympathy and reassurance.   While on the Cape, Dad enjoyed morning coffee at Chatham Cookware leaving his American porch friends a taste of Canadian coffee after he travelled home. As well, the Chatham Band Shell was a favourite spot for him every Friday night balanced with a couple of weeknights at the Chatham baseball diamond where scouts were always present finding players to move up to the major leagues.  While on the Cape, a nightly adventure for Dad would be to the Chatham lighthouse with an ice cream in hand.  These were such special times of making memories.

He loved his wife, adored his girls, cherished his siblings and got tremendous joy from watching his grandchildren grow. His beloved dogs were gleefully spoiled and followed him everywhere. The outpouring of love already received from our community will sustain his family in the dark and difficult days ahead, but his passion for service excellence will live on.

First and foremost, Paul Egan was our Dad.  He was the one to hold our hands when we were children and his hand was always warm.  He was the one who threw us up in the air whether he was on land or in a pool and always caught us after the rush of tickles in our bellies.  He was the one who held us until we could breathe again after crying so hard over any traumatic event in our lives.  Dad was always so proud of his three girls.  Dad mentored us, guided us and loved us in his very quiet, special way.  He was a true gentle man, through and through.

Due to current health concerns, our family will keep their families and friends safe and will have a private funeral service at the family funeral home, Egan Funeral Home, Bolton on Friday, January 7, at 2 o’clock.

We invite those who wish to join us through live streaming.  Please click the following link to view Dad’s service:  Live Stream Link.

You can watch the service at a later date if Friday at 2 o’clock is not feasible.

Condolences for the family may be offered at www.EganFuneralHome.com. 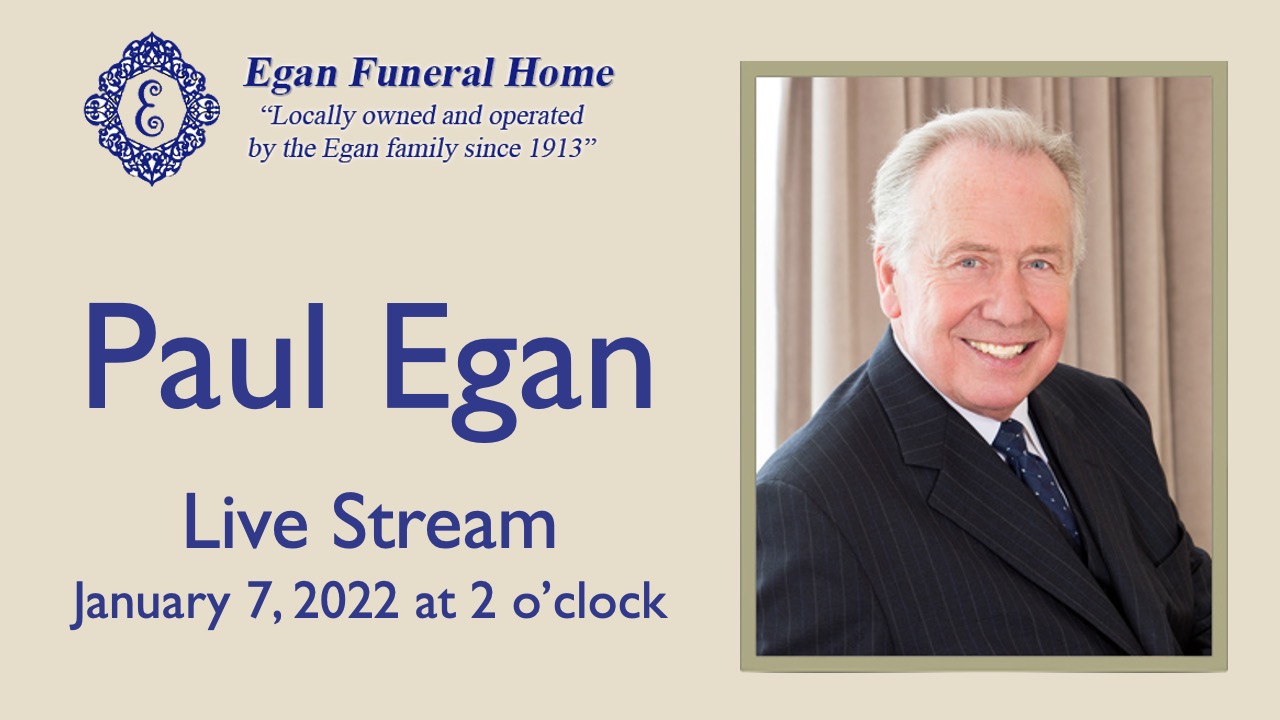 Offer Condolence for the family of Paul Gerald Egan