In 1913, when Bolton was merely four corners, William R. Egan purchased the local undertaking and carriage business. Upon his early death in 1932, his two sons, William and Harold, took over the family business after William became licensed as a funeral director.

In the early years, the family home on King Street served as the funeral home and by 1957, it had moved to its Queen Street location. Paul Egan has spent over 50 years in the family venture. He joined his father William, in 1961, upon graduation from Albert College and after completing the Funeral Director’s apprenticeship program.

Since assuming the management in 1972, Paul has continually improved the business and expanded to meet the growing needs of Bolton and the surrounding community. By special invitation in 1984 Egan Funeral Home became a distinguished member of the Selected Independent Funeral Homes – an international group representing over 1600 independently owned and operated funeral homes.

In 1988, the property underwent extensive renovations that transformed the facilities to include a new chapel, lounge and garage.

In 2014, the existing funeral home underwent extensive renovations once again to include an elevator, a large second floor visitation room, an expansion to the lounge and the incorporation of technology throughout the funeral home including a state of the art audio and video system.

Paul and his wife Lynne have three daughters, two of whom are in the business. Elaine Egan joined in 1990 upon graduating from the University of Guelph. In 1994, she became licensed as a funeral director upon graduating from Humber College. Kimberley Egan, who manages the office in Bolton, began in 1993 after obtaining a diploma in Business Administration from Seneca College. Paul’s sister and brother-in-law, Deborah and Hal, work alongside as funeral directors assistants.

Today, Egan Funeral Home is represented by the third and fourth generations of
Egans – a family that clearly dedicates itself to other families of all faiths and who are committed to maintaining the highest standards of care and professionalism. 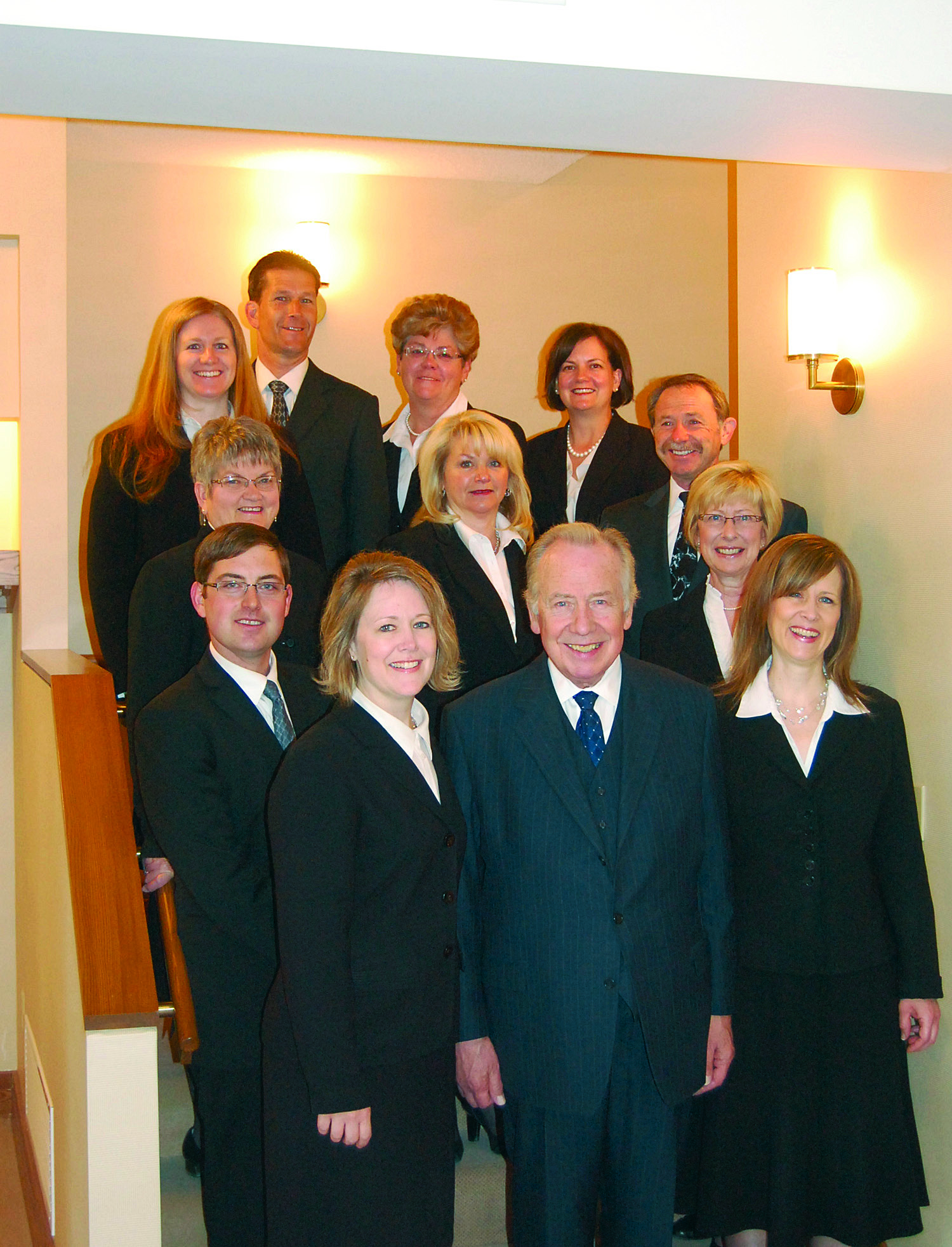