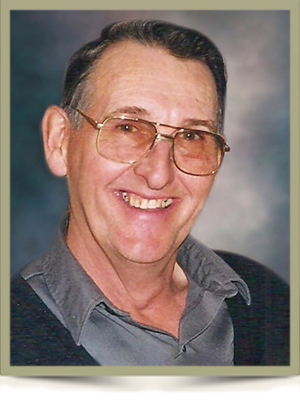 Jim passed away at The Village of Sandalwood Park in Brampton on Sunday, October 25, 2020.  Jim was the beloved husband of Thelma (nee Scott) for 59 years and the dear father of Lynda Whitten (Dan), Scott (Colleen Lowry) and Jeff (Michele Snyder).  He was the proud and loving grandfather of Stephen, Katie, and Tyler Whitten; Alex, Emily and Lauren Cannon; Waylon and Jessie Cannon.  Great-Grampa to Liam and Bryce.  Jim was the brother of Zelma and Bert Appleby (both deceased) and Bob (deceased) and Shirley Cannon.  He will be fondly thought of by Calvin and Doug Scott, Connie Foote (nee Scott) and Wendy Ash (nee Scott), and will be remembered by the many nieces, nephews and cousins from the extended Cannon, Fleetham, and Scott families, as well as his friends and neighbours.

Jim was a life-long resident of Caledon East, the son of William Burrell Cannon and Mildred Fleetham.  He spent most of his working years with his brother Bob and nephew Rob in the operation of Burrell’s Freshmart in Caledon East where he established himself as the butcher.  When the store closed in 1991, Jim was far too active for retirement so took on the position of caretaker at Laurel Hill Cemetery in Bolton where he remained for several years.  Jim was a dedicated member of the volunteer fire department at Station 303 for more than 50 years, serving for 39 years as District Chief.  In 1961 Jim took on the care of Caledon East Public Cemetery and took great pride in keeping it well tended.  He retired due to illness in 2013.

While raising their own family, Jim and Thelma acted as foster parents for several years with Peel County Children’s Aid.  They also welcomed a student from Sweden for a year, and an exchange student from Greenland for a visit.  In his younger years Jim was active in hockey, softball and lacrosse and was often called by his nick-name of “Squirrel”.  He also enjoyed annual deer hunting and smelt fishing trips.  Jim and Thelma’s favourite holiday pastime was camping, and in cooler weather enjoyed trips to Myrtle Beach and Florida, as well as several guided bus tours.  They took many road trips throughout Canada and the United States, as well as overseas tours in Portugal and Great Britain.

The family wishes to extend their appreciation to the staff at The Village of Sandalwood Park for their care and compassion given to Jim during his time in their home.

If desired, memorial donations may be made to the Alzheimer Society (www.alzheimer.ca).

Offer Condolence for the family of James Burrell Cannon (Jim)

Offer Condolence for the family of James Burrell Cannon (Jim)