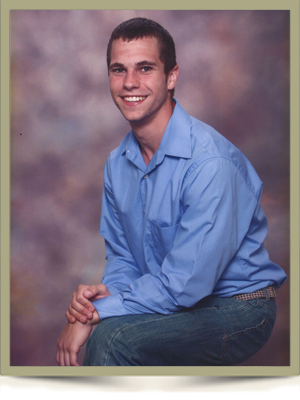 It is with the deepest sorrow, that the family of Isaac Bordignon announce his passing.

Isaac grew up in Palgrave, Ontario and regularly met with friends in Beavers and Boy Scouts, little league, soccer, hockey, snowboarding and played basketball with all of the neighbourhood kids.

Isaac will be lovingly remembered and held in the hearts of his parents Judy Dunlap and Ivo Bordignon, his younger sister Rae Bordignon (Atlas), older brother Aaron Dunlap (Erica), his many aunts, uncles, cousins and countless friends.

Isaac attended Palgrave Public School from 1995 through 2004 making many life long friends. He graduated Grade 8 with honours and was valedictorian. He attended his first year of high school at Robert F. Hall 2004-2005. On May 30th 2005 Isaac was involved in a motor vehicle accident and suffered serious injuries. This would change his, and all of our lives forever. While rehabilitating he continued to work hard in school as well, and attended Father Michael Goetz from 2005 – 2008, where he graduated high school.

Determined to continue his studies, Isaac was accepted into Guelph University for the B.A. Honours Psychology. Isaac completed his undergraduate in 2016 (Honours with distinction).

Through great adversity, Isaac continued his physical recovery and was on his way to completing multiple post graduate certificates from Toronto Metropolitan University (Ryerson) and Toronto Institute for Contemporary Psychoanalysis. Isaac was vigorously involved in several sober communities, both as a participant and leader. He achieved lengthy periods of continuous sobriety (6 & 4 years) that enabled him to share many moments of laughter and joy with his family and friends.

Isaac enjoyed travelling extensively with his father, visiting: Detroit, Philadelphia, New York City, Southern California, and India. He regularly went to the gym and on runs with friends; he ran multiple half marathons. Isaac published nine papers on-line that have been read by hundreds of people internationally. Isaac was able to do all of these incredible things through his life’s journey in sobriety. The family is forever grateful for all of the support Isaac received from his sober community.

Heartbreakingly, over the past year Isaac struggled more with his mental health. While he sought support through the medical system, he found no relief. In turn, he succumbed to his addiction.

Isaac’s untimely death is a devastating loss for everyone in his life and those he had yet to meet. A brilliant, genuinely kind and caring person, wise beyond his years; Isaac often shared animated philosophical discussion and contagious laughter with friends and strangers alike. Even before Isaac’s recent role as a budding psychotherapist, he was always passionate about helping others, and to be of service to those in need.

Let Isaac be remembered as the man he was during the best moments that he lived and shared with us.

Offer Condolence for the family of Isaac Bordignon