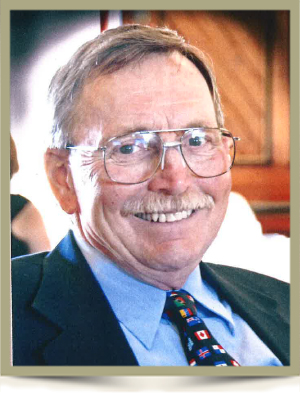 David Rutherford is finally at peace after a long struggle with severe COPD.  He died at 79 on January 1st, 2023 at Matthews House Hospice in Alliston.  He is survived by his loving wife Lea and his sons, James (Becky) and Chris as well as his beloved granddaughter Audrey.  David was the son of the late Albert and Velma Rutherford and will be greatly missed by his sister Karen Given (Larry) and his in-laws Mary Ann and John deChastelain. David had many cousins, nieces and nephews who will mourn his passing.   Husband, Father, Grandfather, Teacher, Coach, Singer, Community Volunteer, Scout Leader, Friend, Baker, Fisherman, Problem Solver and Mischief Maker.  David had an immeasurable impact on the people he met.  He was a giver, always willing to volunteer his time and talents to help others, especially his community.  He bore his illness with grace and courage, he never complained, lost his sense of humour or stopped whistling.    David was dedicated to sobriety and was a Friend of Bill W. He was very involved in the program and his ability to share his experiences to help others made his life complete.  He celebrated his 30 years of sobriety two days before he died.

Our family is so grateful for the fantastic medical care that David received at home, particularly his RN Jennifer who has been his nurse since 2019.  More recently he received wonderful support from Dr. Michael Gagnon and PSW’s Bhupinder and Mala.

In lieu of flowers the family requests that donations go to The Hospital for Sick Children http://www.sickkids.ca

Offer Condolence for the family of David Rutherford