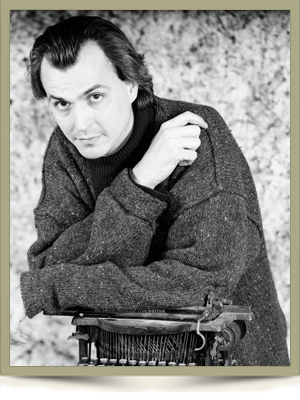 Son of Patricia Ainsley (Bogue) and late Bertram W. Ainsley.  Unexpectedly, Bertram Lawrence Ainsley, on Tuesday, October 11, 2022, passed away in his 58th year.  Brother of Lee-Ann O’Leary (late Nick Kotsos), Theresa Ainsley (Bill Kersey), Diane Edgar (Bill Badalato), and late Robert Ainsley (Dianne).   Uncle of Meagan, Erin, Wade, Katie, Kelli, Cooper, Rachel, Kyle, Colin, and Ryan and great uncle of James, Dawson, Jack, Regan and Kellen. Bert was a guy with a larger than life personality and an even bigger heart. His great sense of humour allowed him to perform as a comedian and to be the life of any party. Very often he would be accompanied by his ukulele and passionately shared his gift of music. He was a stage actor and storyteller who loved to laugh and to laugh loudly. It brought joy to Bert to use his natural skills to renovate the homes of family and friends. He worked in the hospitality industry for a number of decades and volunteered in his local community. Bert believed in the value and dignity of all people and will be dearly missed by his family, his community and his many, many friends.

In lieu of flowers, donations can be directed to PARKDALE FOOD CENTRE, (www.parkdalefoodcentre.ca)

Offer Condolence for the family of Bertram Lawrence Ainsley