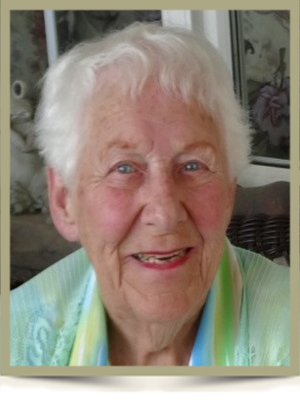 Hazel Irene Harris (nee Marwood) of Tottenham passed away peacefully with her family by her side at Matthews House Hospice, Alliston, on Sunday, April 12, 2020, in her 91st year, wife of the late Osmond Harris. Mother of the late Gloria Harris and the late Brenda Hollern, mother-in-law of Martin Hollern, fondly remembered by her grandchildren Kerry and Alex, Amanda and Darren, Michael and Melissa, and by her great-grandchildren Harper and Owen. Sister of Ronald Marwood, of Bradford and predeceased by her parents Bill and Florence Marwood, sister and brothers, Jean Clarkson, Frances Atkinson, Reta Higgins, George Marwood, Kenneth Marwood, David Marwood and Bruce Marwood.
The family wish to thank the Staff and Volunteers of Matthews House Hospice for their unending care, compassion and friendship during these past four months.