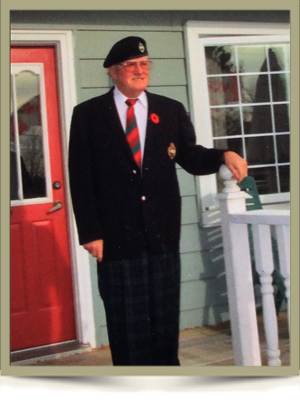 Alex was born in Blantyre, Scotland and immigrated to Canada in 1955 on RMS Queen Elizabeth via New York. Married in England 68 years ago to Pamela and raised four children Iain, Paul, Sheila and Anne. Loving father in law of Susan, Anne and Donnie.

Alex served in the 2nd Royal Tank Regiment in England. After coming to Canada, he worked most of his life in Sales & Marketing, first with Neilson and then with Hershey Chocolate. He enjoyed camping, sailing, and was the most enthusiastic owner of his 1950 MGTD. In Scouting most of his life, he was a proud Scout Master and honoured recipient of the Gilwell Badge. Member of the choir at St. James Church, Caledon East.

In lieu of flowers, memorial donations may be made to Sleeping Children Around the World, St. James Anglican Church or The Salvation Army.

Offer Condolence for the family of Alex McKinnon