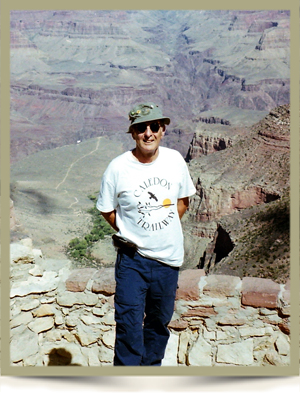 Suddenly at his home, Caledon East, on Saturday, September 7, 2019, Walter Getman. Loving son of the late Kataryna Beloposky and Anthony Getman, Iroquois Falls.  A meteorologist by profession, Walter worked for the Ministry of the Environment for most of his career, serving in the high north, including periods of time spent in Mould Bay, Prince Patrick Island, North West Territories, and in Nitchequon, Quebec.  Many of his postings were accessible only by air.  Walter was an avid cyclist, photographer and traveller.  He was intellectually curious, technically savvy, and thrived in the outdoors.  He was a tremendous supporter of trail development in Caledon and Canada.  He was a key member of the team of local citizens and town officials who created the first Trans Canada Trail pavilion and pavilion park.  Walter was solitary by nature and comfortable with his own company, but he was also a stalwart presence at the village coffee circle and a valued friend in the community.  He is treasured and missed.

A graveside service will be held at Caledon East Public Cemetery, Airport Road, Caledon East on Monday, December 9 at one o’clock.

Offer Condolence for the family of Walter Getman

Offer Condolence for the family of Walter Getman