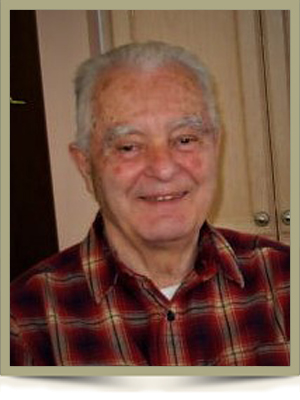 Vittorio was born in Finaleborgo, Liguria on July 22, 1923 to Francesco Isetta and Olga Isetta (nee Vico ). He was the oldest sibling of Giovanni, Mario, and Ziara. When his father fell ill with a stroke, Vittorio had to quit school and work to help his mother raise his siblings. He later entered the Merchant Marines and travelled all around the world. While in the Merchant Marines he had an amazing experience bonding with a panther, a story he loved to tell to his grandchildren.  After the Merchant Marines he went to work at Piaggio in Finale Liguria as a draftsman. Following Piaggio, he went to work for Michelin in Torino as a Mechanical Engineer Apprentice. While living in Torino, Vittorio met Rosalba Merotto, and they married on June 29th, 1957. Their daughter Francesca was born on December 22, 1960. In 1963, when Francesca was about 2-1/2 years old, the family moved to Canada. Vittorio found work with Seiberling which is a subsidiary of Good Year. On October 24th, 1966, Vittorio and Alba gave birth to their son Carlo. After living in Downsview, beside his brother Giovanni, they bought land in King City and built a house which they lived in until they separated in 1983.  Vittorio was offered an early retirement package and spent his time living between Canada and Italy for many years before returning permanently to Canada to live with Carlo and Gail.

Cremation has already taken place. There will be a blessing at Holy Family Church, 60 Allan Drive in Bolton on Saturday November 27th, 2021 starting at 12:30. A celebration of his life will follow at Villa Caledon Inn, 16626 Airport Road, Caledon East, at 2:00pm.

Vittorio will be returning to Italy in the spring where he wished to be laid to rest with his family.

Offer Condolence for the family of Vittorio Carlo Isetta