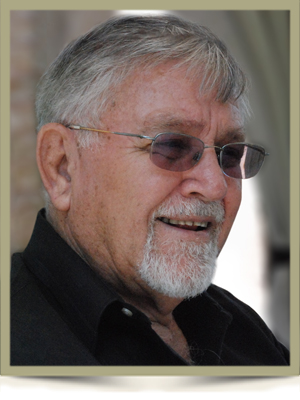 Passed away quietly and peacefully early Wednesday morning after an extended stay in the care of a wonderful team of doctors and nurses at Southlake Regional Health Centre. The family would like to extend a very special thank you to Dr. Yuen, his palliative care doctor, and Rita, his most dedicated and compassionate nurse. They made his time there as comfortable as it could be, with dignity and respect. Words can’t express how grateful we are. Vince is survived by his wife of 63 years, Helen Therese (Plouffe), and his 4 children Larry (Gina) Plati, Teresa (Frank) D’Agostino, Donna (Daniel) Hilsenteger, and Angela (James) Hay. He is predeceased by 16 siblings, most recently his beloved sister Lucia D’Ercole, and loving brothers, Michele Plati, Angiolino Venasio, and Giuseppe Plati. He will be dearly missed by his 8 grandchildren Vincent Daniel (Cindy) Hilsenteger, Adrienne Marie (Mike) Richards, Lewis George (Monica) Hilsenteger, Armando Joseph (Isabel) De Marco, Vincent Alexander (Hillary) Plati, Rosellen Freda-Marie (Ashley) D’Agostino, David Vincent (Gregory) Hay, and Elizabeth Anne Hilsenteger. His great-grandchildren William, Lincoln, and Claire Hilsenteger are grateful to have met and briefly known their Bis Nonno. Having emigrated to Canada as a 17-year-old bricklayer, Vince learned to read and write English, married a lovely Canadian girl, drove the fastest cars, and was the life of the party. He built a long and accomplished career as a general contractor in the GTA with many schools, churches, and public buildings bearing the Division Construction plaque. He spent a lifetime serving with the Knights of Columbus as a Sir Knight of the 4th Degree and a Grand Knight with the Fr. Gregory Kelly Assembly. Vince was active in his many different communities and always tried to contribute in ways big and small. His journey saw him moving from Italy to Toronto, Peterborough, Scarborough, Woodbridge, Winterhaven, Bolton, Cuba, Nicaragua, and finally supervising the re-construction of the home he shared with Helen, Angela, and her husband and boys in King City. Vince was joyful in his element at Big Bay Point Marina on Lake Simcoe with a cigar in his mouth at the helm of “The Platinum” with Helen as first mate, or on the 19th hole with the guys at the National. His most valued time was spent at the head of the table, or in front of the forno on Sugarbush with his friends and family all around. The kids, his friends, the Scarborough Young Bruins, his legion of nieces and nephews, the birds and squirrels in the yard, and countless others who spent even a little time with Vince will miss him dearly. As he trained us all to say, “God bless Nonno.”

Offer Condolence for the family of Vincent Anthony Plati