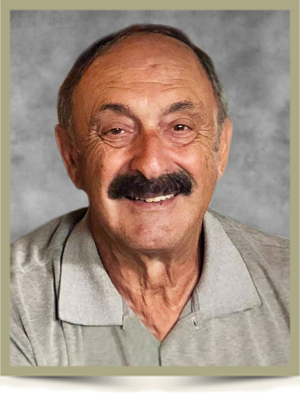 It is with profound sadness that our family announces the passing of Romeo “Ray” Cirone at the age of 76 years, with family by his side. God called him home on Wednesday August 14th, 2019, at Bethell Hospice in Inglewood.

Ray was born in Castiglione A Casauria, Italy on January 13, 1943, and was the youngest of three children.  The family immigrated to Canada in 1952 to Port Colborne, ON.  Ray received his CMA in his early 20s, and was the General Manager of a Plastics Company for 37 years.  On September 21st, 1974 he married Catherine Jane Maurice and shortly after started a family of two daughters, Melanie and Ginny, and one son, Eric.

Ray enjoyed the simple things in life: spending time with family and friends, playing cards – predominantly poker, having a glass of red wine, reading the paper, playing a round of golf and telling silly stories to his children and grandchildren. Ray was known for his quiet, strong, and reassuring way, at home, and in business.  A well-loved leader and mentor in the business world, Ray led his company to success with drive, passion, fairness and compassion.  To know him, was to love him.  There wasn’t anything that was too much for Ray – you needed a shoulder, advice, or support, he was there.  He was a special lovely gem that will be forever missed in this world.

Ray was preceded in death by his father, Paolo, his mother, Virginia (Nonni), and his brother Tino. He is survived by his wife Cathy, three children Melanie (Chris) Baron, Ginny (Adam) De Cloet, his #1 son Eric (Jamey) Cirone, as well as his eight grandchildren; Sydney (11), Maddie (9), Logan (8), Raymond (5), Caleb (5), Roman (5), Rosie (4) & Violet (2).  Held dearly in the heart of his sister Josephine (Filiberto) Digregorio, as well as his sisters-in-law, nieces and nephews.

Offer Condolence for the family of Romeo “Ray” Cirone