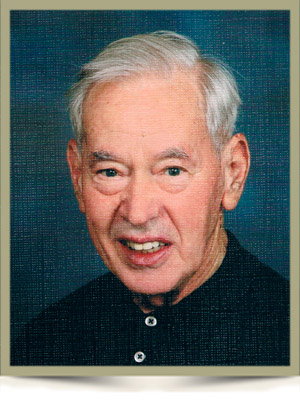 Passed away peacefully at Trillium Health Partners, Mississauga Site, on Thursday, October 1, 2015, after a brain hematoma.  Pieter DeVaal, in his 88th year, of Orangeville leaves behind his wife Margie De Vaal of 62 years; his daughter, Chris de Vaal and her husband Ian Bradley and their three children, Alison, Bill and Cassie; Jake DeVaal and his wife Sheila and their four children, Stephen, Nicholas, James and Catherine; and his youngest daughter, Jessica DeVaal; his nephew Peter Warden and his wife Marie-Claire and their daughter Anne-Marie; and his nephew George Warden and his wife Gloria and their two sons Erin and Christopher.

Pieter was born and raised in Amersfoort in the Netherlands. Throughout his lifetime, he had various careers as he always loved a challenge. From 1946 to 1951, he was employed as a wireless operator in the Netherlands Navy and was able to sail the world. After his stint in the Navy, he worked for the Dutch government registering trees. In 1952, seeking a much more exciting and fulfilling future, he emigrated to Canada to join his sister Dee who had married Gordon Warden, a Canadian soldier. The love of his life, Margie joined him shortly thereafter and they were wed in Niagara Falls.

He got a job at Great Lakes Power in Sault Ste. Marie where he apprenticed and became a Journeyman electrician. In 1962 he went back to school at the University of Toronto to obtain his teaching certificate. This enabled him in 1963 to get a job teaching electrical shop at Orangeville District Secondary School where he worked until he retired in 1986. After retiring, he worked on what he loved, renovating houses and doing electrical wiring jobs.

During his lifetime, Pieter was a passionate builder, single-handedly building three houses and helping others renovate or build their houses. He also loved to read, listen to music, swim and garden with his wife Margie.

The family will receive their friends at Egan Funeral Home Baxter & Giles Chapel, 273 Broadway, Orangeville (519-941-2630) on Tuesday evening from 7 to 9 o’clock. Funeral service will be held in the chapel on Wednesday, October 7 at one o’clock.  Following a reception at the funeral home interment will take place at Forest Lawn Cemetery, Orangeville.   If desired, memorial donations may be made to the Canadian Cancer Society, 202 – 2227 South Millway, Mississauga L5L 3R6 (www.cancer.ca) or St. Michael’s Hospital Foundation, 30 Bond Street, Toronto M5B 1W8 (www.stmichaelsfoundation.com).  Condolences for the family may be offered at www.EganFuneralHome.com

Offer Condolence for the family of Pieter Jelle De Vaal

Offer Condolence for the family of Pieter Jelle De Vaal