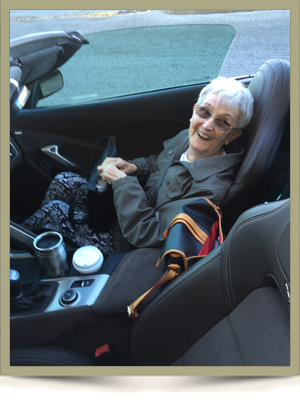 It is with a very heavy heart that the family of Margaret Annie Molyneaux, three months shy of her 87thbirthday, announce her passing on Saturday, April 30th, 2022 at the Brampton Civic Hospital.  She is at peace with a number of her English siblings (pre-deceased by five older brothers and surviving younger brother and two sisters, all in England), and parents.    Margaret (Annie to her English family) was an extremely loving wife, mother, grandmother, and aunt.  She was ill only a short time.  She will be so incredibly missed by her husband, John “Bruce” Molyneaux, her daughter, Carolyn Molyneaux (Cathy Brassard), son, Robert Molyneaux (Lisa Molyneaux), and granddaughters, Tegan Molyneaux, and Quinn Gibson (Paul Gibson).    Margaret immigrated to Toronto in 1956 on the SS Empress of France with two friends from England.  She married Bruce in 1958 then moved to Brampton in 1963, quickly becoming a strong advocate for equal rights for women.  She was a founding member of the Brampton Canadian Housewives Group in 1970, a network of women who met in each other’s homes during the evening, as they raised children, to engage guest speakers and discuss a wide range of issues to lift women from everyday domesticity to broaden their knowledge, connections, and interests.

Margaret was a passionate member of the Peel District School Board for many decades.  She started work at the Kennedy Road Field Office in Brampton in the early 60’s.  She was responsible for the finances, bookkeeping, and payroll for the Central Peel High School Board and Brampton High School Board.  A few years later the two Brampton High School Boards and the South Peel Board of Education amalgamated to form the Peel Board of Education.  Margaret eventually left the Field Office and became the Head Secretary at Agnes Taylor Public School.  She moved in the same position to a number of schools in Brampton then completed her career retiring a few years after opening the Sir John A. McDonald Middle School.   Margaret was active in the Secretarial Association that represented the school secretaries for Peel.  When a proposal was made by members for the Secretaries and Library Paraprofessionals to join a Union, it was a very controversial topic.  At a meeting organized to take a vote to join CUPE, there was quite a bit of opposition.  Margaret stood up and made a passionate speech telling the membership, “The Secretarial Association is all very nice, but we have no power.  We need change and we need to take action now to make the changes necessary for us to move forward.”  When the applause died down, a vote was taken and CUPE 1628 became the representative for the Secretaries and Library Paraprofessionals in Peel.    Margaret served on the Executive of the Branch of 1628 for many years and was a valued member of the negotiating team.  Margaret had a zest for life and you could always count on a positive comment and a glowing smile.   Margaret will be missed immensely.  She loved the outdoors, especially taking hikes with her granddaughters and husband.  She spent some 40 years living in Peel Village in Brampton then moved to downtown Orangeville for 20 years, thoroughly enjoying Orangeville’s numerous events, theatre, and restaurants.

It is hard to believe that Margaret is no longer smiling amongst her family and friends.  Rest in peace Margaret, mom, and nana.  We all love you so much.

A private service is being held on Saturday, May 14th, 2022 in Bolton.

Family have asked that if anyone would like to make a donation in the memory of Margaret, the Princess Margaret Hospital was instrumental in providing her life-saving treatment for leukemia some 14 years ago.

Offer Condolence for the family of Margaret Annie Molyneaux