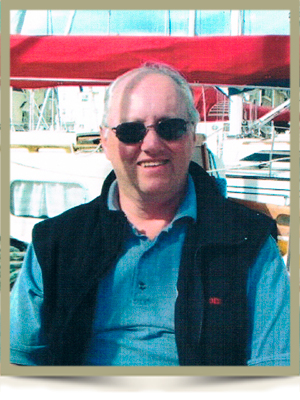 Is is with great sadness we said goodbye to JohnnyFusion on Monday, December 21, 2015 at Sunnybrook Health Science Centre, Toronto. John bravely fought a battle with cancer for the past three years, never losing his sense of humour and joy d’vieve. Unfortunately it would be his last battle. He was the first son of the late Lorne and Nannette Waddell. He leaves behind his brother and life long best friend, Brian, sister Laurel and her husband Michael Byrne and predeceased by brother Peter in 2003. He will be fondly remembered by nieces and nephews Jennifer Waddell; Michael and Kelly Callaghan and their daughter Hayley; Blake and Heather Waddell and their daughter Claire; Warren Byrne; Kate and Ryan Neuhold and their daughter Charlotte. Also sadly missed by his friend Mona Roach.

John grew up in Etobicoke attending John G. Althouse, Richview Collegiate and graduated from Martingrove Collegiate. The family moved to La Hacienda on Escarpment Sideroad in Caledon and about the same time John went to the University of Guelph. Throughout John’s life he was a self taught computer programmer and usualy had to build a computer that would handle his specific demands. He held many jobs as an independent consultant to a wide range of clients and corporations throughout Canada.

John had many interests. He had a skillful aim, shooting ground hogs for farmers in Caledon with an old 22 when he was 10 and sometimes with a bow and arrow or a crossbow he built himself. He rarely missed from any distance. He was a member of The Archery Club and was one of their best archers. John was an avid reader all his life. He could read a novel in a day but preferred to read a computer manual or new science discovery paper. He could remember every detail weeks and even months later. Weekends and summers were spent at the National Yacht Club on his boat Aftica. He enjoyed sailing on Lake Ontario, scuba diving and especially enjoyed his annual trips to the British Virgin Islands in February with many of his NYC friends. John was well looked after by all the caregivers at Sunnybrook Health Science Centre. We cannot thank them enough for all the care and attention they provided.

Offer Condolence for the family of John Lorne Victor Waddell