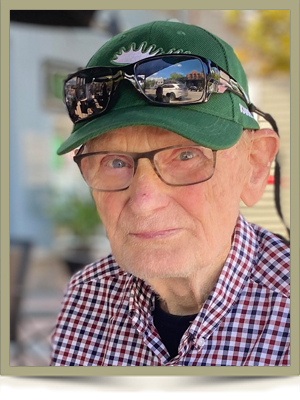 John was the 5th of 13 children, born to Onne and Klasske Vroom in Surhuisterveen, Friesland.  His young years were spent in the local school and working on the family farm in Slootdorp.  After the war, when John was 16, the family immigrated to Canada.

The family settled in Chatham, Ontario.  Through their hard work they founded a business that evolved into Vroom Construction, which John happily ran.  He was a go-getter and always interested in developing the next property.  Many gas stations, schools, churches, houses, and apartment buildings were constructed throughout the years.

John married his wife Hilda in 1958 and they moved to Toronto so he could expand the business.  They had four children and were involved in the community through church and school.

Three things were important to John all his life, and those were family, church, and work.  He worked hard and loved his work.  He loved family get togethers and was always happy to have any kind of family event in his home.  The church family was always important to John as well, and in his later years he organized a bowling league for friends at church.

John had a firm belief in Christ as his Saviour and faithfully led his family in devotions all his life.  He modeled faithful church attendance and participation, and was generous with his community.  He enjoyed his life to the fullest and was thankful for the blessings he received from the Lord and from others.  After a life well lived, at 91 years of age John was taken home to be with his Saviour.

Offer Condolence for the family of Jan “John” Vroom