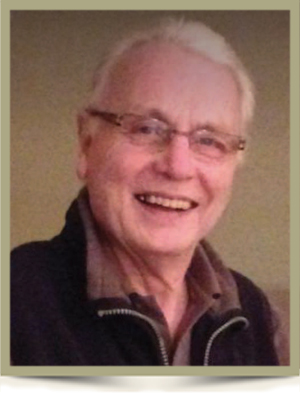 Herman Alfred Cornelsen was born on September 7, 1945, in Elmshorn, Germany. In 1956, his family emigrated to Vancouver, BC, where Herman, at the age of 10, adapted to life in a new culture. He started high school at John Oliver and ­finished at Mennonite Educational Institute in Clearbrook, BC. He became passionate about cars and motorcycles. After working in construction and as a ­shing boat mechanic in Prince Rupert, he joined Nican, an importing company. This took him to Montreal and ­ finally Toronto where, with two partners, he established FullBore, a motorcycle parts and accessories importer and distributor. He led the company until failing health forced him to step back in 2020. In 1984, on his birthday, he married Dawn Lambert. Together they had two children, Steven in 1985 and Robyn in 1994. After living in the Greater Toronto area for many years, the family bought an 8-acre hobby farm outside the city, in Caledon. They enjoyed the outdoor life and the company of many cats, dogs, chickens, sheep, goats, llamas, and Dawn’s beloved horses. Herman had space to revive his love of collecting classic cars. Though he lived far from his siblings and parents, Herman maintained those relationships with frequent trips westward. Herman died March 23, 2021 at his home in the presence of his family. He was predeceased by his parents, Erwin and Hildur (Deckert) Cornelsen. He is survived and will be missed deeply by his wife, Dawn, son, Steven (Mitsue), and daughter, Robyn (Thomas); brothers George (Eveline), Henry (Jeannie), Sig  (Dorothy), and Rick (Dori) and their families; relatives, friends and business colleagues all over the world.

For further re‑ections and photos, and to convey condolences and stories, please visit www.rememberingherman.wordpress.com.

Private family funeral service will be held at the Egan Funeral Home, 203 Queen Street S. (Hwy. 50), Bolton (905-857-2213) on Wednesday, March 31 at 11 o’clock.  Followed by cremation.  The family invites those who wish to view the service to do so through live streaming at

If you experience any issues or have questions in regards to the live streaming, please feel free to contact Forget Me Not Ceremonies at 1-877-895-2739.  If you need to leave a message on their answering machine, they will return your call promptly.

Offer Condolence for the family of Herman Alfred Cornelsen

Offer Condolence for the family of Herman Alfred Cornelsen