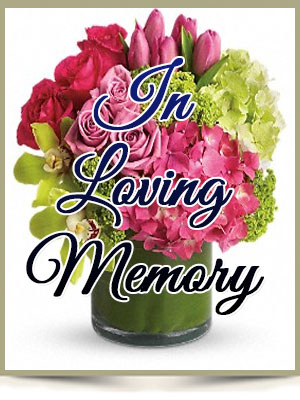 At London on Sunday, May 18, 2003, George William Lake, born in Bolton on August 29, 1911, beloved husband of Constance whom he married in Toronto sixty-two years ago. ﾠLoving father of Patricia Andrea. ﾠSon of the late John and Rebecca Lake. ﾠDear brother of Arthur Lake, Mary Willis, Elsie Norris and predeceased by Henry (Harry) and Dorothy. ﾠDear uncle of John and Carolyn Lake, Robert and Sue Lake, Bob Norris, Ken Norris and Joanne Bleesdale, Ron and Helen Norris, Mary (Deedee) and Gordon Hanger, Helen Best, Janie and Bill Inglis and predeceased by Wayne Lake. ﾠRemembered by many great nieces and great nephews. ﾠA memorial service will be held at the Egan Funeral Home, 203 Queen Street S. (Hwy 50), Bolton (905-857-2213) on Thursday, May 22 at one o’clock. ﾠFollowing the service, interment of cremated remains will be at Laurel Hill Cemetery, Bolton. ﾠIn lieu of flowers, memorial donations to the Canadian Cancer society would be appreciated. ﾠﾠCondolences for the family may be offered at www.eganfuneralhome.com

Offer Condolence for the family of George William Lake