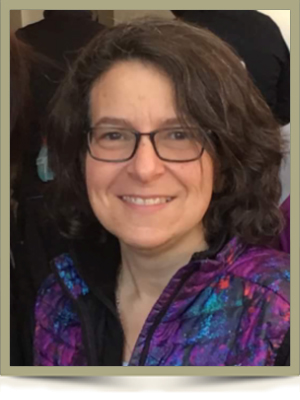 Daughter, sister, wife, mother, aunt, mentor, co-worker, and friend for many. It is with the deepest sorrow that we announce the passing of Doreen Marie Kilfoil (DeCoste) following a courageous battle with ovarian cancer on April 1, 2022. Her final days were spent peacefully at home surrounded by her family. Doreen was 52.

Beloved by her husband Kevin, her children Christine and Ryan, her parents Arnold and Mary, brother Leo (Joan) and nephews Aaron and Zachary. Also cherished by Kevin’s family, including Peggy, David, Kati, Michael, Eileen, Jack and Katherine, and by so many dear friends. We are all both deeply saddened by her loss and incredibly grateful to have shared her life.

An avid cyclist, runner, curler, and adventurer, Doreen was loved by all who knew her. She preferred outdoors to indoors, and trails to roads, finding strength and comfort in nature. As an ardent gardener, Doreen took pride in creating beautiful outdoor spaces at her home for all to relax and enjoy. She was the centre around which we gathered, always welcoming and warmly including friends and strangers alike.

A proud Nova Scotian, Doreen and Kevin were married at Halifax, Nova Scotia in 1995, and moved to Ontario to pursue their careers. They lived in Cornwall where they started their family, before settling in Milton in 2008. Doreen was heavily involved with the Milton Curling Club, providing leadership to the youth program for a number of years.

She took up running, completing marathons and an ultra marathon. Among other outdoor pastimes, mountain biking became her passion, and she built a huge network of friends who were happy to chase around the trails with her, always safe in the knowledge that her unerring sense of direction and fully equipped backpack would bring them home safely.

The family received her friends on Saturday, April 9 at the Egan Funeral Home, 203 Queen Street South, Bolton, from 11:00 a.m. until the time of the memorial service in the chapel at 12:30 p.m.

In lieu of flowers, her family asks that a donation be made to the Canadian Cancer Society.

Offer Condolence for the family of Doreen Marie Kilfoil