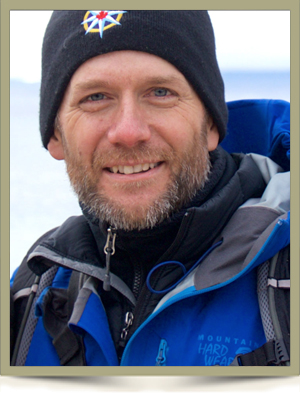 In Celebration of the Life and Legacy of

Internationally renowned artist and filmmaker Cory Trépanier passed away peacefully after a valiant battle with cancer on the afternoon of November 5th, 2021. His wife and daughters were by his side, and he was surrounded by family and friends at home in Caledon, Ontario. Cory’s adventurous and generous spirit shone brightly, and his legacy will forever continue in the hearts of all who knew him and his work. Cory was and always will be, our North Star.

Cory’s painting expeditions grew in grandeur throughout his life, from the hills of Caledon to the shores of Lake Superior with his young and adventurous family, and eventually to the expansive Canadian North, resulting in five documentaries: A Painter’s Odyssey, Into the Arctic, Into the Arctic II, TrueWild: Kluane, and his fifth film, Into the Arctic: Awakening, which had its first public screening in Monaco before Prince Albert II. Following in the footsteps of explorers such as the Group of Seven and Tom Thomson, Cory dared to capture some of the most wild and changing places on the planet and graciously shared them with the rest of the world through his art and films. In 2017 the INTO THE ARCTIC Exhibition Tour, featuring over 50 oil paintings, travelled to the Canadian Embassy in Washington D.C, across North America, and overseas to Monaco at the HSH Prince Albert II’s Oceanographic Museum. “Great Glacier’ the 15 foot wide centrepiece of the collection, is one of the largest Arctic landscape paintings in Canada’s history. In 2019, Cory partnered with Canadian Geographic Education to create the INTO THE ARCTIC Film Trilogy K-12 teachers guide. Through it, Cory’s films are being made available to educators and students nationwide and beyond for free. Seven modules educate and engage students on geography, environmental and social sciences, humanities, Indigenous culture, history, survival, and the arts. In his twilight days, Cory held a launch for his book, INTO THE ARCTIC: Painting Canada’s Changing North. This coffee table book features almost 100 Arctic paintings, sketches and stories. Moreover, the book features a forward by Senator Pat Bovey; and contributions from Arctic friend and outfitter Billy Arnaquq; the Lieutenant Governor of Ontario Elizabeth Dowdeswell; Wade Davis; Robert Bateman; John Geiger; Mauri Pelto and includes a bio and essay by Todd Wilkinson. All of Cory’s works, including art reproductions, films, and the book, can be found online at corytrepanier.com.

Cory had been fighting cancer for upwards of two years, the first battle led to a kidney removal and a successful treatment of chemotherapy. By the end of May 2021, all seemed to be over as Cory was back riding his bike on the trails of Caledon and working tirelessly on his paintings. After a persistent sore leg, Cory sought out medical advice and in June, the cancer was discovered to be metastasizing in his right leg. It proceeded to spread aggressively through both legs and entered his lymphatic system. In August, he tried a variety of treatments and therapies, but the cancer fought back and eventually took his life at home where he created his great works in his beloved barn studio. Cory’s attitude, kindness and positivity remained highly infectious throughout is journey. His countenance and influence are captured well by Her Honour Lieutenant Governor Elizabeth Dowdeswell’s remarks prepared for Cory’s book launch – “Anyone familiar with Cory’s work, or lucky enough to call him a friend, knows that he is, at heart, a journeyman. That he is willing to confront any conditions, sail any strait, walk or snowshoe any distance, to go where he must, to tell the stories he is called to share. The COVID-19 pandemic has served to underline such fundamental truths: that we are interconnected: both with nature, and with one another, that so too are we mutually vulnerable. Cory’s beautiful work expresses these connections, and points to an urgent reality: that the work to heal our world—our responsibility—begins right here at home.”

For anyone who wishes to pay their respects to Cory and his family, A Celebration of Life and Legacy will be held at the Caledon Town Hall and Community Centre at 1:00pm on Saturday, November 20th. Cory’s Into The Arctic Exhibition is also having it’s homecoming at Science North in Sudbury and can be attended anytime from Nov 13th, 2021 – Feb 21st, 2022 (more details to be found at sciencenorth.ca). Cory is succeeded by his loving wife Janet Trépanier, who was a partner in all of his artistic endeavors. His legacy also lives on through his two daughters, artist Andie Trépanier (26) and explorer Sydney Trépanier (22). He is also survived by his loving brother Carl Trépanier and parents Roy and Mariette Trépanier.

For anyone wishing to further support Cory’s family as they endure this tragic loss, a gofundme campaign can be found at: https://www.gofundme.com/f/help-cory-and-his-family

The Trépanier family may be reached via e-mail at sydneytrepanier@hotmail.com 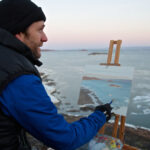 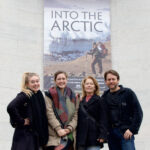 Offer Condolence for the family of Cory Trépanier