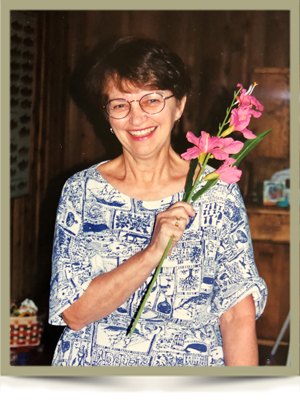 Colleen (Kidd) Hutchinson of Alliston, formerly of Caledon East and Bolton passed away peacefully at the family cottage in Port Severn on Friday, August 30, 2019 following a courageous battle with cancer.

Colleen was born on March 13, 1934 in Orangeville. She grew up on the family orchard in Inglewood.

Colleen married the love of her life, Bill Hutchinson, in 1955. Colleen and Bill built their first home on the 2nd Line of Albion and later planted apple trees to begin Albion Orchards where they raised their three children: Stephanie, Lisa, and Bill. They spent more than 32 years running Albion Orchards, before retiring to Bolton, then Alliston.

Colleen was an active member of the community. She was a dedicated, loving mother and grandmother to each of her children and grandchildren. She was a regal matriarch. Colleen loved being with family, summers at the cottage, traveling, curling, knitting, gardening, charitable works, and the company of friends. She will be remembered for her kindness, patience, generosity, grace, and work ethic.