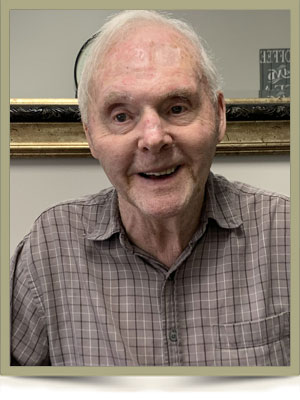 Peacefully, surrounded by his loving daughters, at Woodhall Park Retirement Village, Brampton on Friday, May 28, 2021, Charles Tighe, in his 92nd year, beloved husband for 53 years of the late Mary Frances Theresa Tovey (May 2008).  Dear father of Helen Tighe and her husband David Allengame, Caledon; Susan Tighe and her husband Christopher Raymond, Waterloo and predeceased by Mary K. and Thomas.  Loving grandfather of Cody, Hannah and Carol.  Brother-in-law to Helen McDevitt; uncle and great uncle to many nieces and nephews.  Charles had a long and happy life.  He worked initially for Avro and then later worked 32 years for Air Canada but was always a farmer at heart.  He was happiest working around his farm in Caledon with Theresa by his side.  He was a devote Catholic, an active gardener, enjoyed raising chickens and loved playing a good game of euchre.  After Theresa’s death he lived on the farm for several years and eventually moved to Woodhall Park Retirement Village.

The family would like to especially thank the nursing and PSW staff at Woodhall Park Retirement Village where he lived for the last five years for their compassionate care.

If desired, memorial donations may be made to the Alzheimer Society.

Offer Condolence for the family of Charles Thomas Tighe