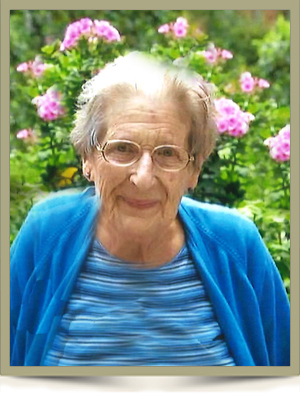 It is with sadness we announce the passing of Agnes Warrander, 88 years old, of Bolton. Agnes passed away peacefully on Monday, August 2, 2021 at King Nursing Home, Bolton. Loving wife of the late Jock Warrander, mother of Ian (Anne), and Heather. Grandmother of  Hailey (deceased) and Charlotte (Tyler). Sister of Hazel, Bella (Teddy), Kathy and Freddie, predeceased by siblings Mary, Elsie, Charlie, Bill, Henry and Betty.   Agnes was born in 1933 and raised in Dyce, Scotland. Agnes and Jock married in 1950 and welcomed son Ian in April of 1958 and daughter Heather in June of 1959. In March of 1960 they immigrated to Canada arriving in Kincardine Ontario, but later settling and staying in Bolton. Agnes remained living in Bolton for the rest of her life, only living in Brampton for 3 years in the Maple Grove Care Community. Agnes enjoyed dancing, knitting, curling and visiting family back in Scotland many times over the years. Agnes spent a lot of time with granddaughter Charlotte, in early years volunteering at Ellwood Memorial PS, and in later years doting on her boyfriend Tyler.  Agnes will be fondly remembered and missed by her friends, immediate family and many nieces and nephews.

Donations can be made to the Alzheimer’s Society of Canada in her memory.

Offer Condolence for the family of Agnes Warrander