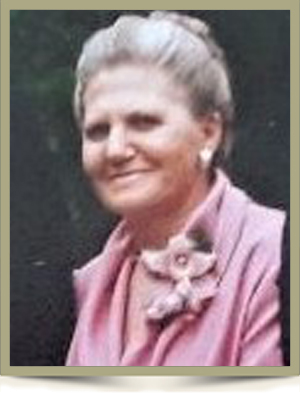 It is with great sadness that we announce the passing of Claudia Macalpine, nee Greatti, 80 of Etobicoke, Ontario on July 13, 2021.

She was born in Basiliano, Italy immigrating to Canada with her family on July 18, 1949. They first settled in Northern Ontario living in Timmins and Elliot Lake.  Extremely hardworking and a diligent student, she quickly learned English, and acclimatized to life in Canada, marrying and starting a family in the early 60’s. They, along with their siblings and spouses as well as many friends, moved to Toronto in 1965.

Her extreme typing skills were epic and, in her twenties, she worked for the CIBC, later as a school secretary and began a career at MDS Labs in her late forties where she worked until she retired at the age of 75.  In an era before computers, she patiently typed every paper her daughter Kim, and son-in-law Tom wrote in University.

She was unwaveringly dedicated to her family. Countless hours were spent helping her children with homework, at community swimming pools as well as hockey/lacrosse arenas.  She marveled in the individual pursuits of her children, grandchildren, nieces, and nephews. She loved to bake for her grandchildren with specific recipes for each, delivering large quantities of treats for them to enjoy almost weekly.

Quiet and introverted, she shied away from attention and sought quieter pursuits. She like to read, do puzzles, watch Jeopardy and Wheel of Fortune with Katie, Connor, Mara and Jack and Golden Girls with Liam. In her 40’s, she began swimming lessons and would often be seen doing laps in the pool at her residence or her respective children’s pools.  She took a memorable adventure filled trip to South Africa with Elliot and Eliza and often prepared meals and a place to rest for Anderson while he played hockey in the city.  Gramma had the patience of Job – playing dress-up, hosting tea parties and playing computer games with Katie.  She was an avid tennis fan, preferring that you not call whilst she was watching a match.

She will join her parents Romeo and Emma Greatti (nee Visentini), her niece Glenda MacAlpine-Henniger, and nephews Donald and Robert Rothmel and watch over us.

In lieu of flowers, please consider a donation to the Salvation Army Toronto Grace Health Centre at https://www.torontograce.org/donate-to-tghc/ or 416-577-5685 and direct the donation to the Palliative Care Unit or the Humber River Hospital Cancer Care Clinic at https://hrrhf.akaraisin.com/memory/claudiamacalpine or 416-242-1000 x 81500, both of whom provided mom with exceptional care and compassion with the sudden onset of her illness.

A private family funeral will be held at a later date.

Offer Condolence for the family of Claudia Macalpine